Our Chesini Innovation from 1992 is a stunning example of Italian craftmanship with a sloping geometry that was unusual for road bikes of the period. And something surprising – the frame was painted right here in Flanders!

Chesini Bicycles was founded in 1925 by Gelmino Chesini in Nesente, a small village near Verona. His Biciprecision model was well received in the Italian market, building the company a loyal following. Flavio Vicentini won the road world championships on a Chesini in 1963.

By the 1980s the company had grown under the stewardship of Gelmino’s son Gabriele & was internationally renowned for the quality of its frames, paintwork & engraving of components.

Today, Chesini models from the 1980s and 1990s such as the Arena, X-Uno, Precision and Innovation are some of the most sought after by collectors.

The history of Chesini in Belgium started in 1991 when former professional cyclist Frank Hoste opened a bicycle company & paint shop. Hoste raced a Chesini during the last years of his pro career, riding for the La William-Duvel team.

At first Hoste imported fully painted Chesini frames. But the Italian paint schemes were a bit too flamboyant for the Belgian market, so he convinced the company to allow him to order unpainted frames to be finished locally.

To be allowed to do so he had to follow a paint course and pass an exam at the Chesini headquarters under the watchful eye of Gabriele Chesini. He was then allowed to finish Chesini frames outside of Italy.

It is easy to identify a Hoste painted Chesini – just look for a small “FH” logo behind the seat tube. I have 6 of the frames from his paint shop in my Chesini collection, some with a unique marbled finish.

Our La William-Duvel ’92 team bike was raced by the Belgian pro rider Luc Colyn during the 1992 season, in events such as Omloop Het Volk, Gent-Wevelgem and the Four Days of Dunkirk. Today Colyn is Sports Director with the Sport Vlaanderen – Baloise Cycling Team.

I love the bike, but it is also sad for me in some ways.  Although it was called the “Innovation” the design was already becoming obsolete when compared to the aluminium and carbon creations being developed by well-funded competitors from Asia & North America.

Chesini was falling behind with regards to R&D and modern production practices – as were so many other family-owned Italian frame builders. Over the following years the company fell upon hard times, laying off workers and downsizing its large manufacturing facility.

Thankfully, the brand did not disappear altogether. Chesini still produces beautiful steel bikes in a small workshop in Verona. You can see some of the company’s contemporary creations here. 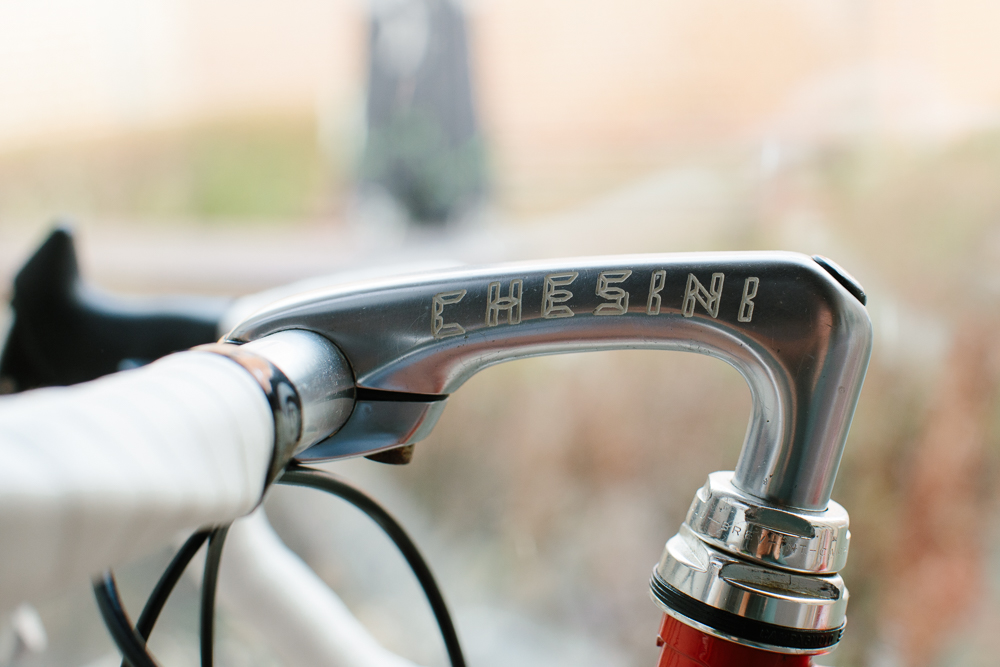