Similar designs were created by frame builders working with the East German track team and used very successfully in international competitions as early as 1982. By by the time of the 1984 Olympics virtually every team that was in medal contention was riding one.

The Flandrien Hotel’s beautiful Chesini Recordman from 1987 is a stunning example of Italian craftmanship and period era aero innovation. Chesini bicycles was founded in 1925 by Gelmino Chesini in Verona Italy, and by the 1980s the company had
grown under the stewardship of Gelmino’s son Gabriele.

But despite the groovy look of the Chesini Recordman and the hundreds of other “funny” bikes created by race bike manufacturers
around the world after the ’84 Olympics, most of the designs actually delivered very little in terms of aerodynamic efficiency. The bullhorn bars put riders in pretty much the same position as riding in the drops on a standard road bar.

It was not until 1989 that American cyclist Greg Lemond decided to do something that really did deliver significant aero gains. He brought his hands up from the bullhorns and onto a forward protruding handlebar extension designed by a guy named Boone Lennon, a former US national ski team coach.

And the event in which he chose to do so was none other than the penultimate stage of the Tour de France – in which Lemond
overtook the Frenchman Laurent Fignon to steal victory by the narrowest of margins.

The unforgettable scenes on the Champs-Elysées in 1989 heralded the beginning of cycling’s real aero revolution – and the end of an era for funny bikes like the Chesini Recordman. 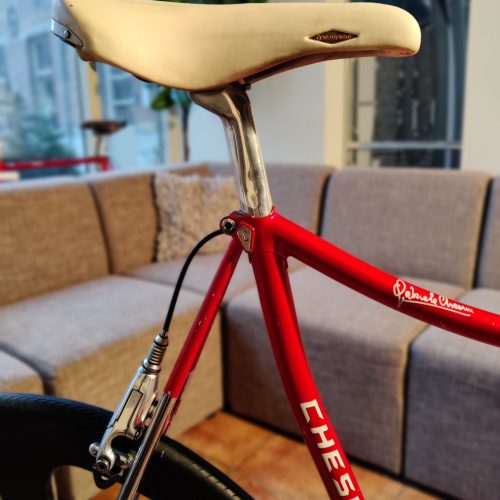 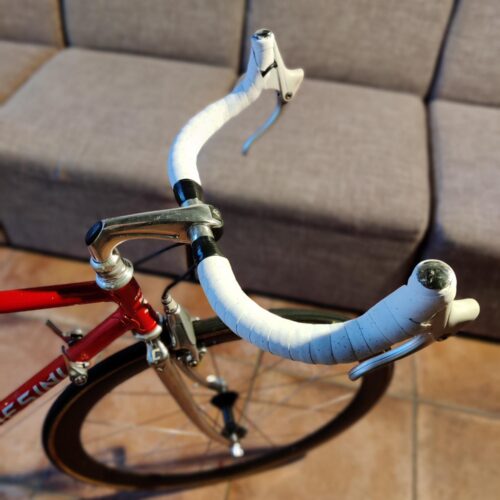 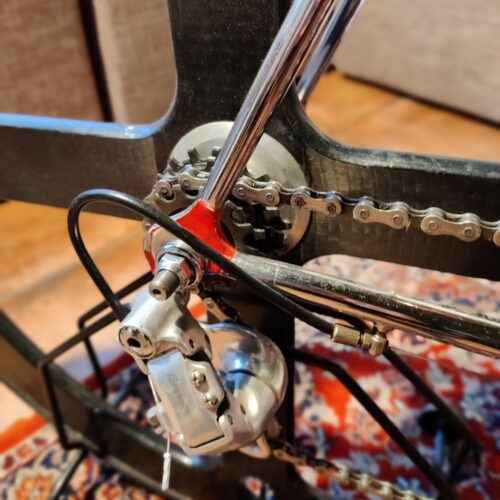 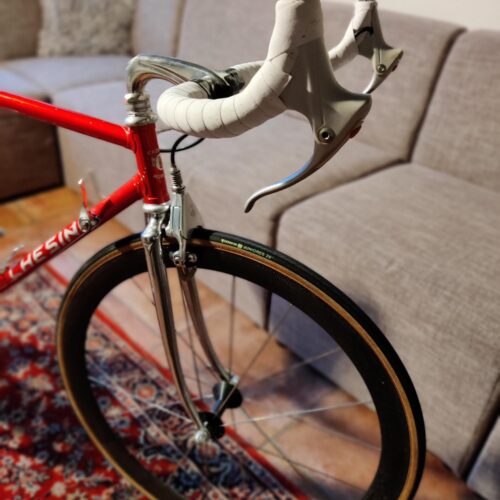