I still can’t believe this beautiful 1990 Team Z bicycle of Greg Lemond fame fell into my lap! It represents one of the finest lugged carbon bicycles of the early 1990s.

I was contacted by my friend and fellow collector Jeannico Roelandt who told me he had come into possession of this amazingly rare bicycle built to commemorate Greg Lemond’s win in the 1990 Tour de France. Jeannico knows that I’m a huge fan of LeMond, and how much it would mean to me to have this bike as part of our Flandrien Hotel collection.

LeMond competed in the Tour de France in 1990 wearing the rainbow jersey of the now iconic French Z-Team. He won his third and final TdF ahead of the Italian Claudio Chiappucci, and his actual race winning bike now sits in the US Bicycling Hall of Fame.

There was a special connection between his 1990 win and Flanders, as Greg, his wife Kathy and their young family had their second home in Marke, a municipal district of Kortrijk at the time.  Before the Tour Greg could be seen riding his brightly coloured Z-Team bike along the winding country lanes of the area.

In fact, Lemond and Kathy had been spending most of the race season in Belgium since 1982.  The couple were treated like Royalty in West Flanders, awarded various honours and accolades over the years by the Kortrijk Town Hall and Municipal Council.

Greg and Kathy made many lifelong friends in the region. Even Flemish cycling legend and former World Champion “Iron” Briek Schotte would drop in for a coffee whenever Lemond had a big win.

Although sporting ‘Greg Lemond’ decals, the Z-Team frame was actually produced by French company TVT. TVT means Tubes Verre Tisse  (tubes in knitted glass) and the carbon-kevlar tubes were bonded together in the alloy lugs using special epoxy bonding agents. There are seven layers of knitted carbon in the tubes plus one layer of aramide – a type of kevlar fibre that resists shocks and breakages.

The tubes used by TVT for their frames were produced by themselves in their factory at St Genix-sur-Guiers in France by their sister company TCT – Techniques Carbone Tisse – which means literally the ‘techniques of knitting carbon.’

TVT built the first generation of frames in the early 80s. more or less to illustrate that bike frames could be built from carbon tubes and went on to produce complete frames and tubes for brands such as ALAN, Bottechia, LOOK, Concorde and of course LeMond Bicycles.

The number ’92’ in the top tube transfer TVT92 does not mean that the frame was built in that year; the manufacturer decided for no special reason when it launched this model of frame in 1987, to call it the TVT92.

As per Lemond’s team bike, this example is built with Campagnolo C Record components, Selle San Marco Regale saddle and Campagnolo rims. I am still looking for a set of period era TIME pedals, a 26mm C-Record seatpost and funky Scott “drop-in” handlebars. 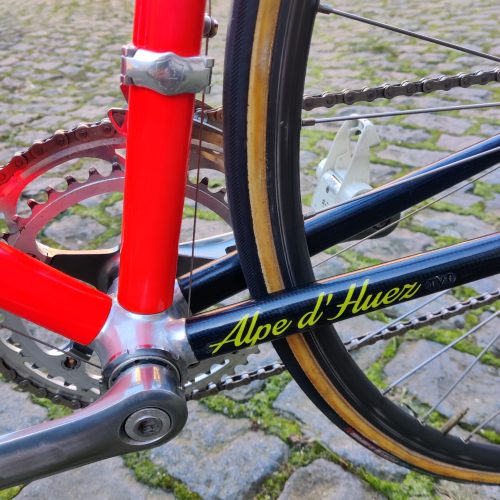 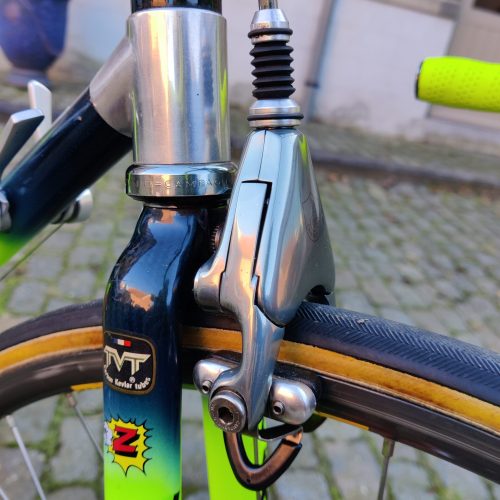 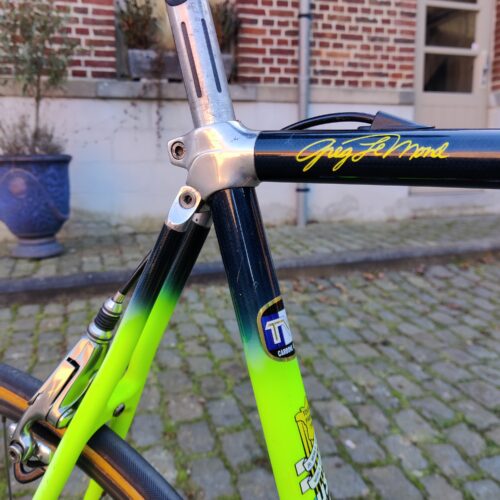 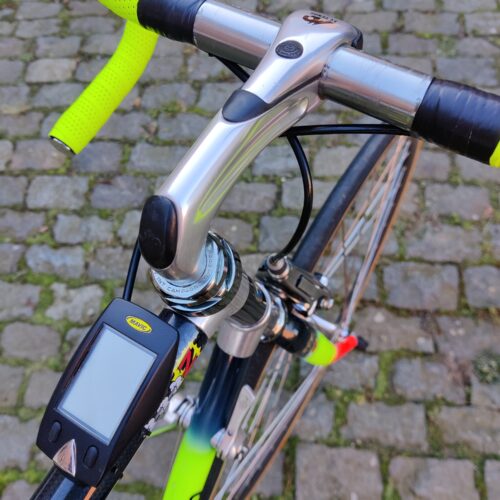 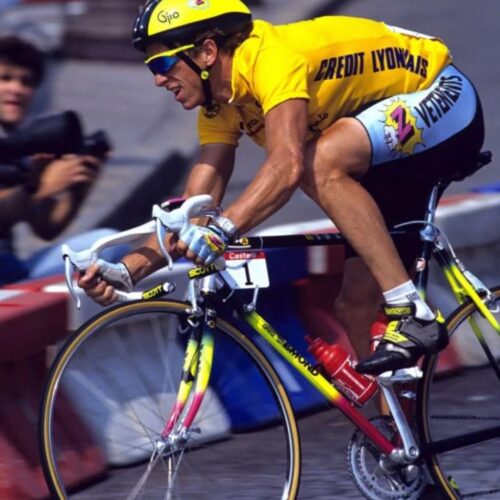