The Pinarello Dogma has been the most successful race bike of the past decade, winning six editions of the Tour de France and dozens of other races as the weapon of choice for teams such as SKY, Ineos Grenadiers and Movistar.

But few people know that the Dogma name was first used on a magnesium frame way back in 2003, a material the Italian company clung to for a few years during the transition from steel to aluminium and then carbon as the choice of material for racing frames.

By the early 2000s Pinarello had taken aluminium as far as it felt it could go but rather than moving on to full carbon fibre frames like most of its competitors, the company decided to start experimenting with other metals.  It found that with magnesium, it could replicate the design of its aluminium frames with less weight and more stiffness.

But there was a catch – whilst magnesium is the lightest structural metal it has a very low ignition point and is a highly reactive element. The metal is notoriously flammable and can spontaneously ignite if exposed to water or damp – so trying to put out a magnesium fire with water is a very bad idea.

Given the risks involved, each Dogma frame was welded in a specially created environment at the Pinarello factory, with a worker with a dry powder fire extinguisher standing at the ready.  And after welding, the frame had to be immediately dipped into special paint primer that protected the racks of semi-finished products from catching fire if they got wet.

The Pinarello AK61 Dogma debuted in 2003 at the Giro d’Italia and set the world on fire – but not due to spontaneous combustion. It was ridden by an up-and-coming Italian star named Alessandro Petacchi who raced for the Fassa Bortolo team and blazed ahead of the peloton with 6 stage wins.

In 2004 Petacchi won a record 9 stages at the Giro and 4 at the Vuelta. In 2005 he won Milan-San Remo, also riding the magnesium Dogma in Fassa Bortolo colours – and it is this beautiful blue bike that we have hanging on the wall in our Flandrien hotel.

Through the decades Pinarello has kept abreast of the constantly developing technologies that have transformed the road bicycle from a skinny tubed steel machine with metal rims to ultra sleek and lightweight carbon fibre creations.

But they have only ever made one bike that could spontaneously explode into a white-hot ball of flame.

And that makes the AK61 Dogma cool enough to be a part of our Flandrien Hotel collection. 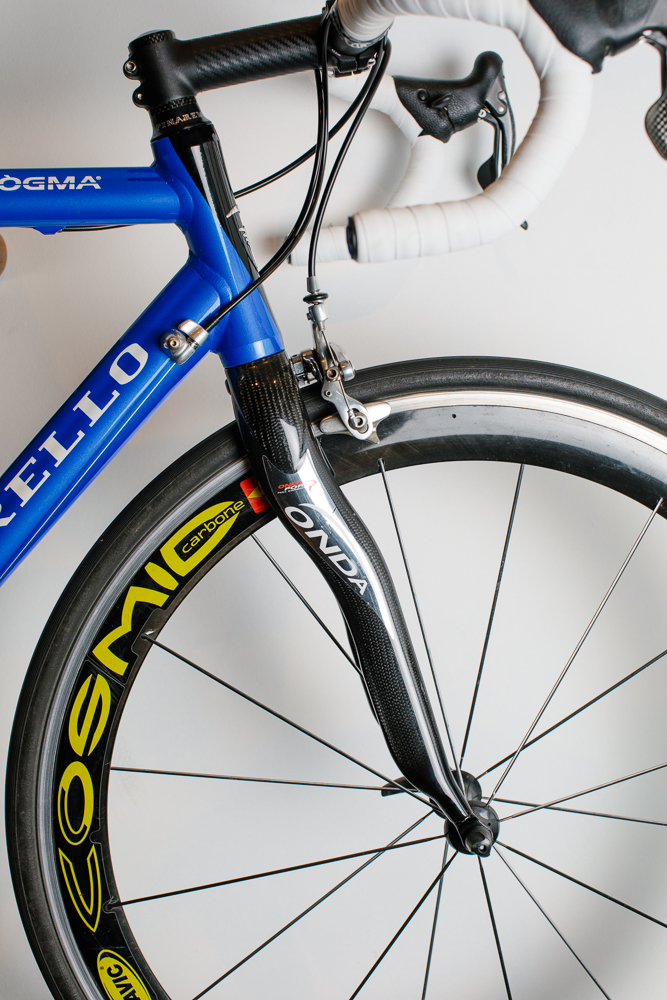 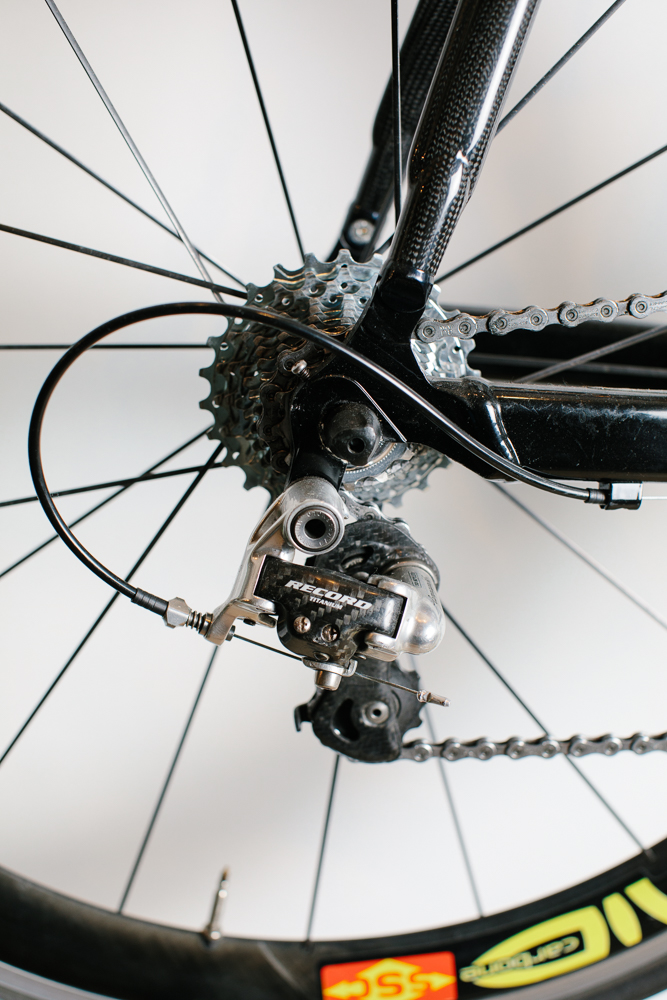