Acqua e Sapone was a professional cycling team that looked like it had been beamed right out of a Marvel Comic.

The team was built around the superstar Italian sprinter Mario “Lion King”  Cipollini and raced on bikes from an up-and coming US brand named Specialized.

“Acqua e Sapone” translates to “Liquid Soap” and in addition to having one of the weirdest team names ever, the squad also had the funkiest team outfit in living memory – forever immortalised by Cipollini’s Milan San-Remo win.

Cipollini’s other nicknames were “Super Mario” and “Il Bello” (The Beautiful One) but his hundreds of victories certainly proved he wasn’t just a pretty face. In addition to Milan–San Remo he also won Gent-Wevelgem, the World Road race Championships, and 42 stages in the Giro d’Italia.

Besides wearing eye assaulting Zebra stripe outfits, Acqua e Sapone didn’t function like most other pro road race squads either.  When it came to rider line-up and race tactics, in the early 2000s a typical team was composed of one or two Grand Tour riders or Classics specialists, some climbers, one or two strong sprinters, and a supporting crew of domestiques.

But with the Acqua e Sapone gang, if your name wasn’t Cipollini then the only game in town was to serve Il Bello – on mostly flat or slightly bumpy courses as Mario didn’t like to climb mountains. And the strategy paid dividends with Cipollini taking both Milan-San Remo and the World Championships in 2002.

The team raced aboard Specialized S-Works E5 framesets constructed from aluminium “Aerotec” tubing produced by Columbus in Italy. But what few people know is that the frames were welded and finished by Merida in Taiwan, following on from the company’s investment in Specialized in 2001.

And to this day, all of Specialized’s high-end race bikes are still produced in Asia as part of the partnership between the two firms.

So Cipollini’s big wins on his Specialized E5 also represented the increasingly global nature of the cycling industry.

Here was “Super Mario” racing on an American bicycle brand whose frames were made from Italian tubing, but with production outsourced to Taiwan – and kitted out with Japanese Shimano components and Mavic French made wheels.

With their black and white stripe paint jobs Acqua e Sapone team bikes were the coolest in the pro peloton – complete with Cipollini’s signature on the top tube just to remind everyone who was boss.

That’s why we just had to get one for our Flandrien Hotel collection.

Now all we need is a Zebra-stripe skinsuit to match. 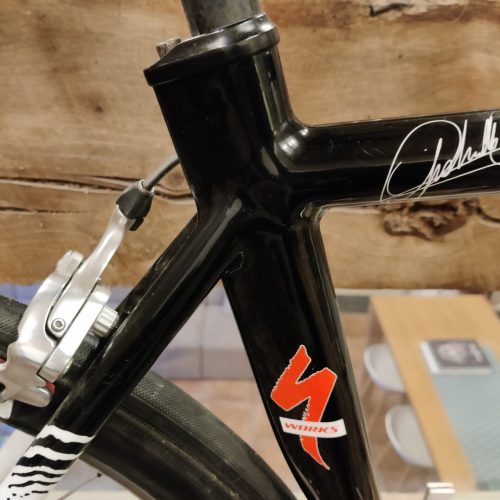 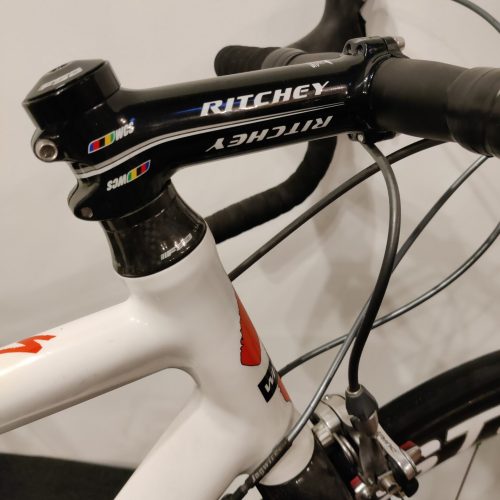 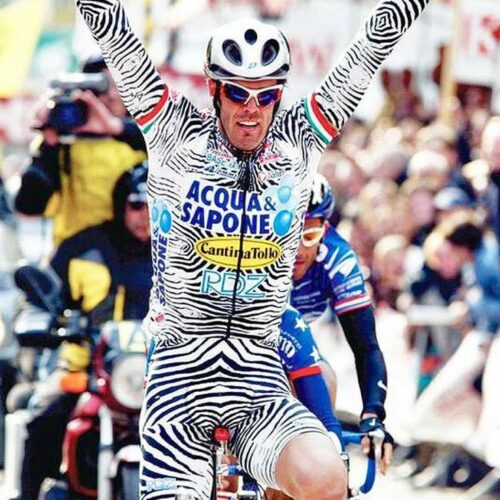 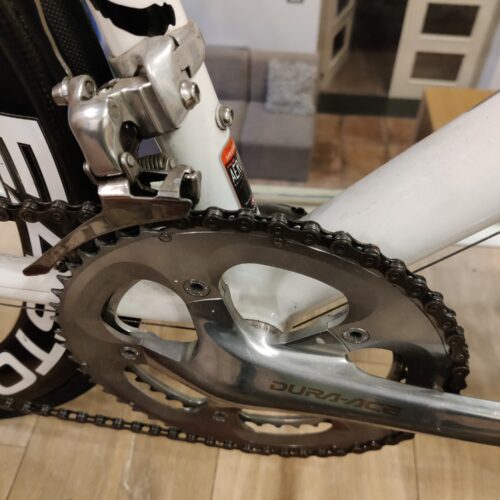 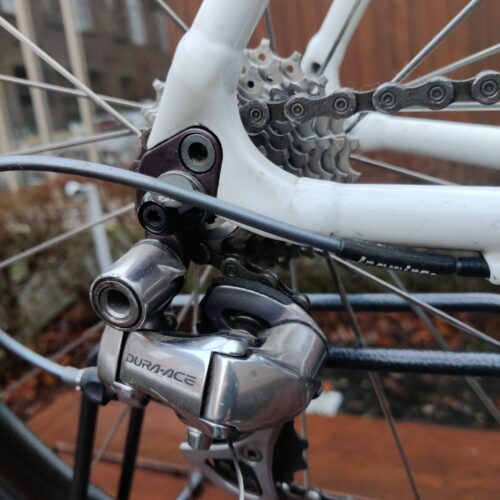