Trek Bicycle company was founded in 1975 by Dick Burge & Bevil Hogg in a big red barn in Wisconsin USA. While the company started out making steel bikes, by the mid- to late-1980s Trek was also producing high-end bonded aluminium and carbon frames for the domestic market and for export.

Greg Lemond had won the Tour de France on a LOOK KG86 carbon bike in 1986 and interest in the new material skyrocketed. But the bonding of carbon tubes and aluminium lugs was problematic, and frames made with the method tended to wear out quickly.

After some early hiccups, in 1992 Trek unveiled its first full carbon framed bicycles using its new and top-secret manufacturing approach. Instead of bonding carbon tubes into alloy lugs, Trek’s new production method involved placing carbon into a series of layers that were then compacted using heat and pressure inside a mould.

The new Trek frames were given the moniker OCLV which stood for “Optimum Compaction, Low Void” and referred to Trek’s closely guarded proprietary manufacturing process. Weighing in at only 1.1 kg the OCLV frame was the world’s lightest production road frame at the time.

Our Flandrien Hotel example of the Trek 5200 OCLV is also an exemplar of another big innovation – the arrival of Shimano Total Integration (STI) integrated brake/gear shifters that hit the market in 1990. Shimano’s STI marked the eventual move away from traditional downtube shifters, and the ability to change gears without moving hands from the handlebars.

The Trek 5200 reminds us of the need to constantly innovate in technology-based industries. While companies like Trek and Shimano were visioning new and radical designs and production approaches, established (especially European) competitors were focused instead on incremental improvements.

While French and Italian companies like Simplex and Campagnolo were obsessing with creating frictionless downtube shifters, Shimano re-imagined the human-bicycle interface.

And the companies like LOOK that were pressing carbon tubes into aluminium lugs in the 1980s were basically applying new materials to a century old manufacturing approach – while Trek was looking to adjacent industries to discover how else carbon fibre could be shaped and bonded to deliver step-fold improvements in performance.

So our beautiful Trek is not just a cool bike – it embodies innovation lessons for us all. 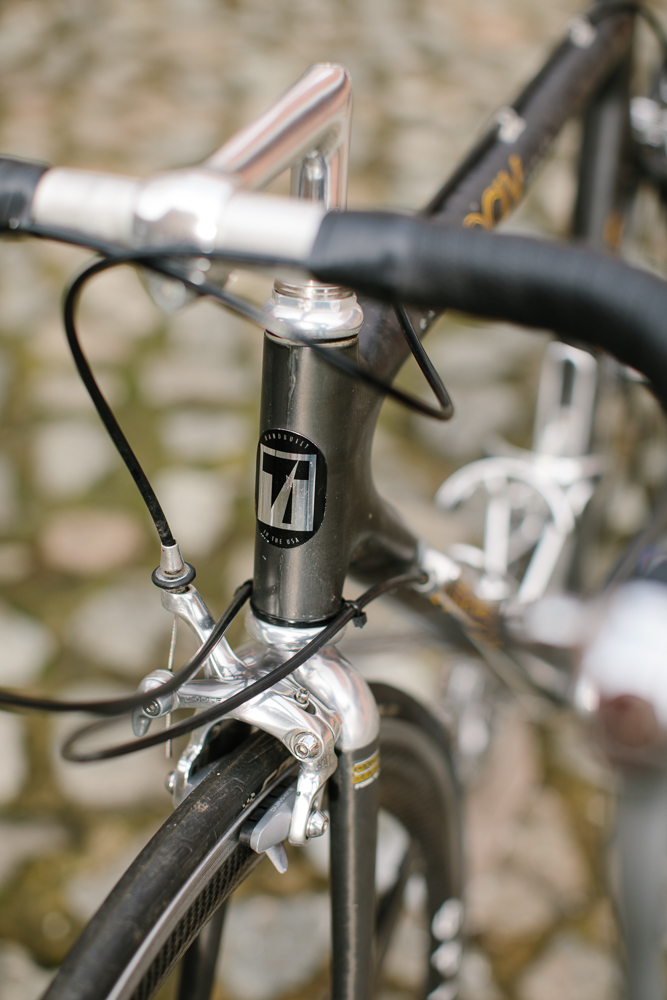 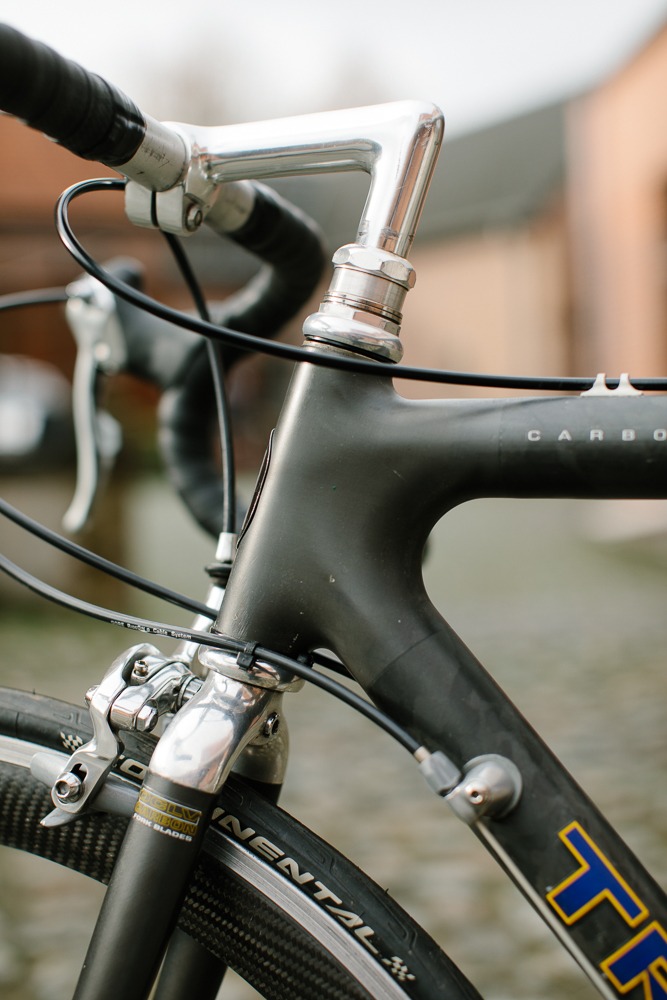